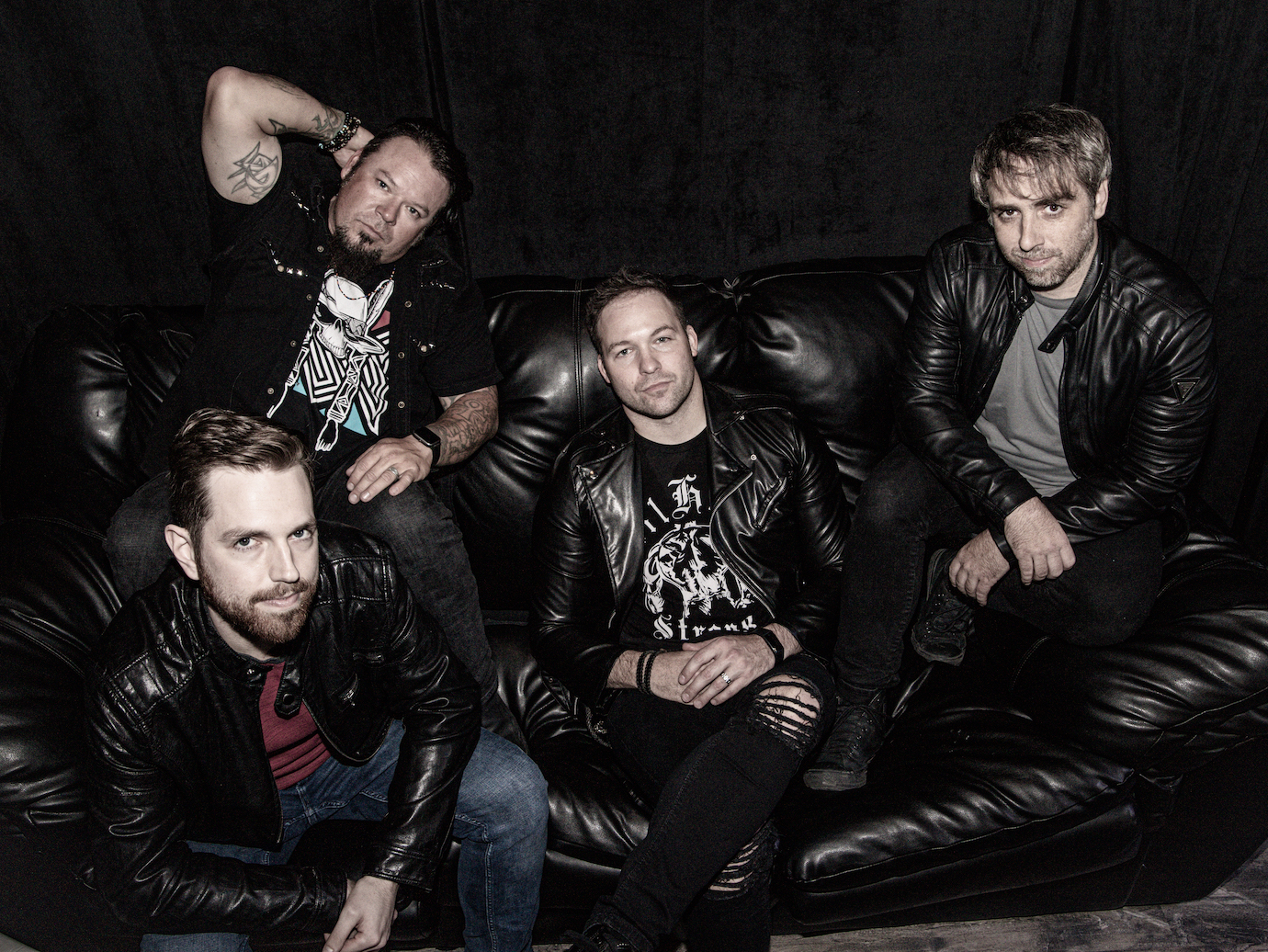 Real, guitar driven, and soul-laced rock n roll still exists, and it’s living in an exciting little chasm of Nashville where the band FOUST resides. FOUST, formed in 2019 by front-man and lead guitarist Chris Foust, is a true rock n’ roll band in every sense of the phrase. The band is most commonly compared to the likes of Velvet Revolver, SpaceHog, Foo Fighters, and The Cult with a no-frills approach and soaring vocals. Both on record and in concert, FOUST is high energy, exciting, unpredictable, and a bit ludicrous…everything a rock band should be.

LISTEN TO THE LATEST SINGLE, THIS CHARIOT IS ON FIRE

Real, guitar driven, and soul-laced rock n roll still exists. Not in the intentionally under-performed tones of trendy shoe-gaze, or in the overproduced depressing drudge of modern hard-rock, but in an exciting little chasm in Nashville where the band FOUST resides. FOUST, formed in 2019 out of the ashes of the moderately successful Blackwater James, is a true rock n’ roll band that is commonly compared to the likes of Velvet Revolver, SpaceHog, Foo Fighters, and The Cult. Both on record and in concert, FOUST is high energy, exciting, unpredictable, and a bit ludicrous…everything a rock band should be. The band takes themselves seriously, but not too seriously. Baring the bands name, lead singer, guitarist and primary songwriter, Chris Foust recruited longtime confidant and drummer Todd Schlosser (Blackwater James, Majestjc Swayzee, ATG) and bassist/producer Chris Utley to form the primary elements of the group. In the winter of 2019, demo recordings of the band were published online and circulated, generating additional interest in the group and their sound. Then on September 28th, 2020, the tracks were released under the debut EP titled Revival.

The follow up from the debut EP was a raucous single titled ‘FASHION’. This single was released in March of 2021 and displayed the band’s rock n roll prowess, with the song commonly being compared to Aerosmith and The Darkness. Following the release of ‘FASHION’ is the band’s upcoming sophomore EP titled ‘IT’S A VIBE’. This record will include 5 new tracks and sport a more polished sound for the band. Influences on this record range from more modern acts such as Yungblud and The Pretty Reckless, to the more traditional rock fare of Alice in Chains. Songs include the first single, The Dark, an ode to those who live outside the lines and in the shadows, the angsty pop-rock anthem Unamke Me, and an 8 minute opus titled You’ll Never Know. To support this new record and subsequent live performances in 2022, the new band line-up includes the following: Chris Foust on lead vocals and select guitar, Todd Schlosser on drums, Brian Stanley on lead guitar, Alex Auer on rhythm guitar, and ‘Spookie’ Rollings on bass.

‘This Chariot is on Fire’, landing stylistically between Muse, Audioslave and Velvet Revolver, is the latest single from FOUST. This new approach from the band utilizes synths, riff rock, and classic-rock guitar solos and vocal harmonies

FOUST will have your speakers turned up to 11. The singles ‘The Fountain’ and ‘Please’ are not only electric, but some of the best examples of original rock n roll in the industry today. Distorted guitars, excellent song writing, high tempo and plenty of energy is what awaits any listener. Prepare you speakers systems people, these tracks need to be played loud. – Jamie Sea, WHM

The first two releases will be the singles ‘The Fountain’ and ‘Please’. Chris Foust, the leader of FOUST, has a long and varied music career, starting in 2001 fronting the Nashville based metal band, ATG. ATG released 2 EPs and a full length album to critical acclaim. Chris then joined the retro-rock outfit Kennedy and toured the southeast. Then he formed the internationally known southern-rock band Blackwater James as the vocalist and lead guitarist. Blackwater James released one full length album, an EP with producer Chris Utley, and a single with Creed bassist Brett Hesta. Blackwater James saw positive coverage in Classic Rock Magazine, Black Velvet, and scores of online publications. They also shared the stage with Tantric, Saving Able, The Bullet Boys, members of Ratt, Queensryche, and even Stryper. When the group dissolved in 2012, Chris took up a bi-weekly blues/soul residency at the Nashville Underground on Broadway. During this time he was writing and perfecting the songs that would ultimately be released under the FOUST moniker. Then, in 2019, joining forces with Blackwater James drummer Todd Schlosser and producer/bassist, the core of the FOUST songs were recorded live at Benchmark Records.

WHAT THE PRESS IS SAYING

“Stand aside Kravitz, Rock ‘n’ roll is alive! It is here with power, crunchy guitars, a fresh vocal style and it is called FOUST.”

“With its driving, unrelenting beat, blistering guitar work and soaring vocals, “The Fountain” is an exercise in kickassery.” Download the upcoming releases, approved photographs, and one sheets. For additional items or to book an interview, please email [email protected].

Download the debut EP (in MP3 format) from FOUST: REVIVAL.

For information regarding the band FOUST, please download this PDF onesheet.

If you would like to embed the new singles on your blog or site, please use the code below, and copy and paste into your HTML editor.

*When pasting, make sure there are no line breaks 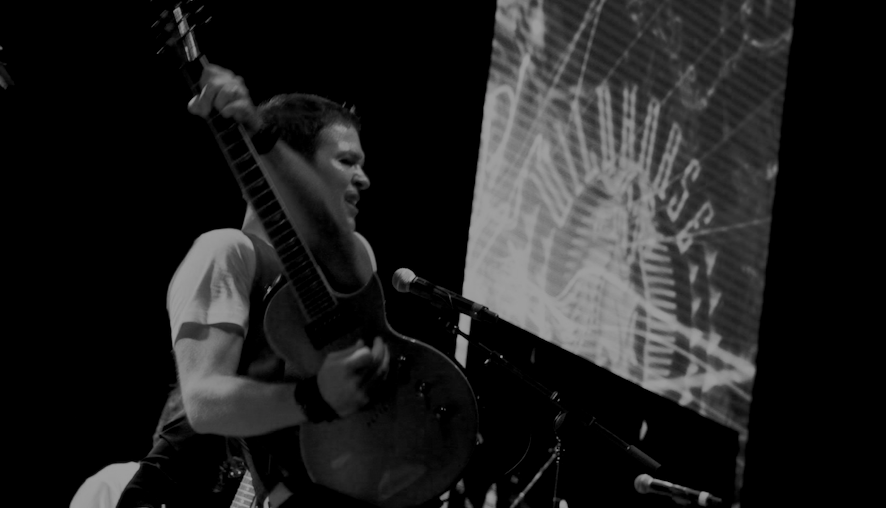 For any additional questions, booking the band for podcasts or interviews, or to request a live appearance please use the form below or email [email protected].